The Slope Is Freezing Over 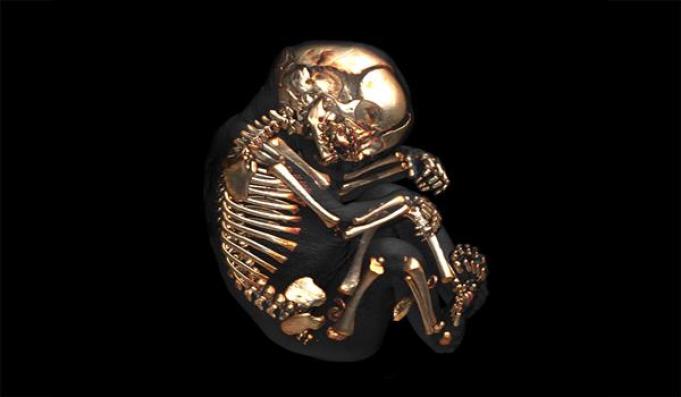 This is the skeleton of a prenatal child. A human being with ZERO human rights. A person who can be legally killed on demand. Something has gone terribly wrong. We are now the only species that willingly and unnaturally kills its own young in the womb. We are both the most intelligent creature on Earth and the most barbaric. We must remedy this failing or risk losing what millions of years of evolution has provided us: the drive to survive.

Legal abortion has wetted a slope that is now so slippery that we are beginning to legalize euthanasia, putting pressure on the elderly and the infirm to make the sacrifice to end their lives in an effort to avoid becoming a burden on their families and their state. Once this government approved killing is accepted with the same zeal as abortion, this slope will freeze over and become an icy path leading to the forced killing of all unwanted members of our human family. Gone will be the idea that each individual holds immeasurable value and in its place will exist a sliding scale where our value to our society is judged based on the cost of sustaining us.

Everything the Nazi German State envisioned is slowly seeping into our culture like a cancer. We are actively targeting the imperfect for abortion through amniocentesis. Instead of seeking out a cure, we have reverted to killing, resulting in the devaluation of human life itself. Nine out of ten human beings prenatally diagnosed with Down syndrome are destroyed through late-term abortion.

If you have the mental capacity to understand this threat, it’s time to TAKE ACTION to return to the idea that every life is equal and every life is valued. How much longer before they come for you?

Share via
The Slope Is Freezing Over
https://cultureshiftforlife.com/2017/03/09/abortion-is-a-slippery-slope/
Join the Cultureshift!

I choose to remain voiceless
Send this to a friend
Check this out: The Slope Is Freezing Over ... here is the link: https://cultureshiftforlife.com/2017/03/09/abortion-is-a-slippery-slope/